Bihar is definitely one of the most underrated tourist destinations in the country. Most people do not give enough importance to this state in India when it comes to a holiday or a vacation. However, the state is steeped in history and is one of the most affluent places in the country. It has a huge legacy behind it, some of the most flavorsome food dishes you will ever eat and a lot to see as well as do.

If you have been thinking about taking a much-needed holiday from work and your everyday busy life, here are the top 20 best places to visit in Bihar. Gaya can easily be regarded as one of the most popular places to visit in the state of Bihar. It is a Hindu pilgrimage hub as well as a transit point for Bodhgaya’s Buddhist pilgrimage center. According to beliefs, Buddha gained his enlightenment under a tree which belongs to this place. The city of Gaya is fairly busy and is situated on the banks of River Phalgu. The place is replete with several historical sites as well as temples that date back to a number of eras from the Gupta to the Maurya dynasty. Nalanda offers one of the oldest universities in the country and is definitely a crucial site in the state of Bihar. This place is an ideal reminisce to the flourishing Pala and Gupta period, which is why this place serves as an acclaimed tourist attraction when it comes to Bihar. In addition to that, it is even said that Buddha delivered lectures in Nalanda, near the mango grove. This educational institution is, in fact, so famous that the Chinese traveler, Hieun Tsang visited and stayed at this place for over 2 years. 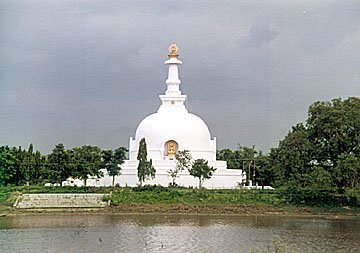 Vaishali can easily be considered as a super crucial archaeological site. At one point of time, it was the capital of the Licchavi rulers. This place earned a lot of fame as it was the birthplace of the very last Jain Tirthankar Lord Mahavira. Moreover, during Buddha’s time, Vaishali was a very prosperous kingdom. The place is also remembered for its gorgeous courtesan Amrapali. If you decide to visit this enchanting place, you can see some major tourist attractions such as the Relic Stupa, Kundalpur, the Coronation Tank and much more. Munger is yet another popular place that you can consider visiting in Bihar. Munger’s history dates all the way back to the Aryans. They called this place the ‘Midland’ in lieu of their settlement. Munger is a very popular name for yoga buffs as this place is also known as the Bihar School’s seat of yoga. Some major tourist attractions that you can visit in Munger are Sita Kund, Dilwarpur and much more. Patna can easily be described as the biggest city in the state of Bihar. Located on Ganga’s southern bank and also sometimes called Patliputra in the olden times, Patna is also considered to be one of the oldest inhabited cities (at a stretch) in the world. This place is an important pilgrimage for all Sikh devotees because it is considered to be the birthplace of Guru Gobind Singh, the last Sikh guru. Therefore, Patna is a decent destination to visit as it can offer you a lot of tourist attractions such as Buddha Smriti Park and Qila House. Navlakha Palace in Rajnagar is mostly in ruins today but that, in no way, has diminished its beauty or significance. It is located near Madhubani in the state of Bihar. Maharaja Rameshwar Singh is said to have built this palace. In addition to that, it went through some extensive damage in 1934 due to an earthquake. After its destruction, no renovation whatsoever was carried out, which is why it is in ruins in the present times. The palace complex is extremely beautiful and you can enjoy the pond, gardens, and temples with your travel buddies. Jalmandir is an essential Jain pilgrimage located in Pawapuri, Bihar. It has been an extremely revered place by Jain devotees across the world because according to beliefs, Lord Mahavira died in this place in 500 BCE. It is also believed that this place is the cremation ground of Jain sect’s last Tirthankara. As a result, a lot of Jain devotees from across the country frequent this place often. This place can also offer tourists a glimpse of the history of Pawapuri in general and Jalmandir in particular. The Hieun Tsang Memorial Hall in Kundalpur is another place of interest in Bihar. It was built in the memory of Hieun Tsang, as the name suggests. Hieun Tsang was a famous Chinese traveler who is believed to have traveled to Nalanda, Bihar in the 5th century AD. Apparently, Tsang was so impressed and awed by the place that he went on to stay here for a staggering 12 years, learning and teaching. The Vishwa Shanti Stupa in Rajgir is also famously called the World Peace Pagoda. It stands proudly in Rajgir’s historic city. This Stupa or Peace Pagoda is one of the seven that were constructed in India. Therefore, it is a must-visit place in the state of Bihar. Built-in 1969, the pagoda spreads the message of non-violence and peace. It is marked by four glorious and stunning statues of Buddha which reflect the four different phases of the life of Buddha – birth, enlightenment, teaching as well as death. The Griddhakuta Peak in Rajgir is also popularly called Vulture Peak. It would not be wrong to say that this peak is definitely one of the most famous places in Rajgir that is frequented by tourists. It is 400 m high and also holds a lot of historic significance in Bihar. It is believed that this peak is where began the second wheel of law. Buddha also delivered a number of sermons on this peak. It is called the Vulture Peak because of its shape as well as because of the fact that vultures frequently visit this place. 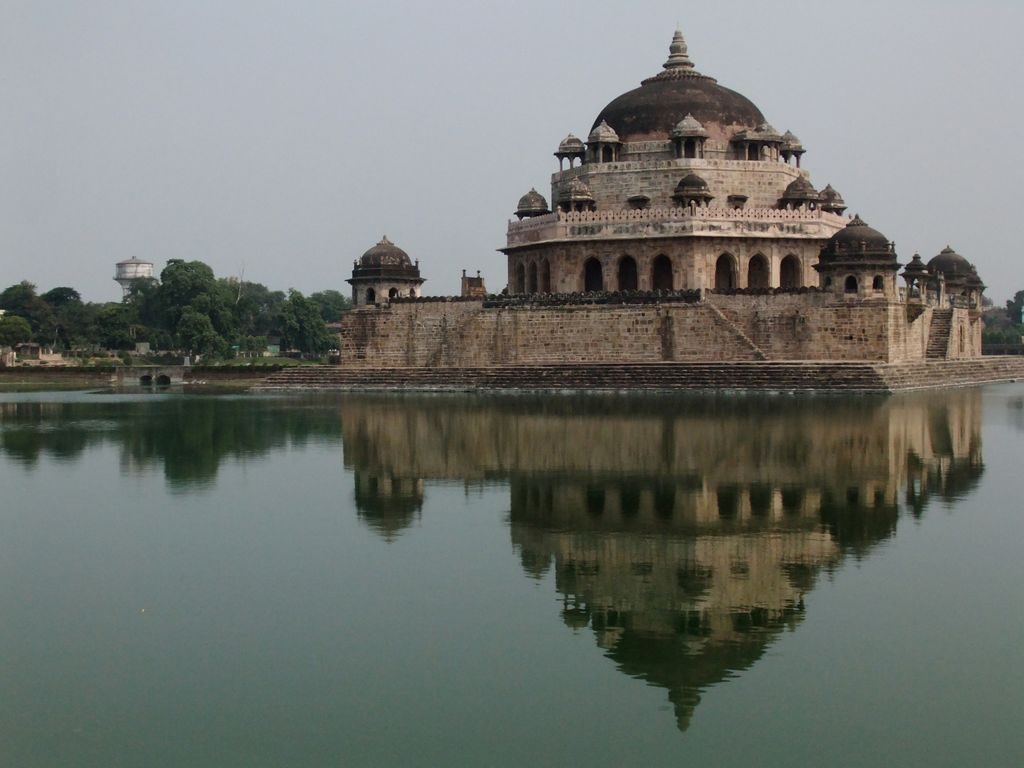 The Sher Shah Suri Tomb in Sasaram was built in Emperor Sher Shah Suri’s memory in 1545 AD. this tomb can easily be regarded as a great example of the architecture of Indo-Islam in the country. Erected right in the middle of a gorgeous artificial lake, this architecturally splendid tomb made of sandstone is definitely worth a visit if you ever happen to visit Bihar. If nothing else, you will get to be a part of glorious history. The Vikramshila Ruins in Bhagalpur is another place steeped in history. It is one of the two most crucial learning centers in the state. In addition to that, the place was constructed by King Dharampala. According to popular beliefs, the king was rather displeased with Nalanda’s depleting quality, which is why he chose to develop a better institute for the purpose of learning. Although Vikramshila is mostly ruined now, it has been undergoing some renovation work. A number of wall carvings, stupas, and Buddhist monasteries were unveiled during excavation. 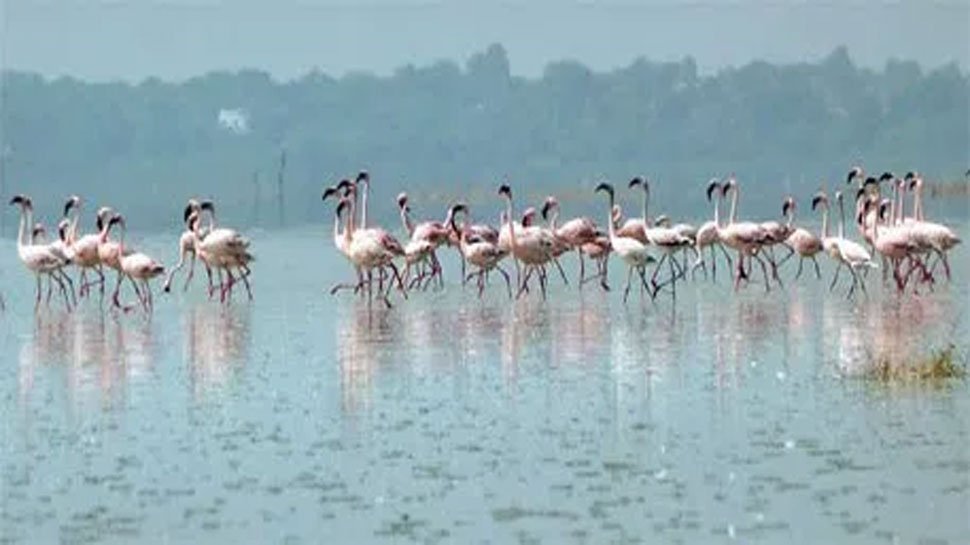 Another great place to visit in Bihar is the Kanwar Lake Bird Sanctuary in Begusarai. This is the largest freshwater Oxbow lake in India. In addition to that, the Kanwar Lake Bird Sanctuary in Begusarai is considered to be a haven for around sixty different species of stunning migratory birds. That said, it is unfortunate that the place is not as important now due to negligence. In 2014 during a Wetland Governance conference held in Delhi, the condition of this ecosystem was discussed. Hopes are alive to restore this place to its original beauty. Another place of interest in Bihar is the Janki temple situated in Sitamarhi. According to estimates, the temple was built around a hundred years ago. It is considered that Lord Rama’s consort, Sita was born here, hence its name. In order to mark her birth, the Janki temple was constructed here. Furthermore, the temple consists of a large courtyard and a welcoming gate. The courtyard can accommodate a huge number of devotees. The Janki Kund is a pond near the temple that you can also visit. The Kesaria Stupa is considered to be the largest and tallest stupa of Buddha in India. It is also one of the most important tourist destinations in the state of Bihar. It is believed that the stupa was built under Raja Chakravarti’s rule between 200 and 750 AD. At 104 feet of height, the stupa is a fairly imposing structure that is definitely worth a visit if you ever happen to find yourself in the state. The Barabar Caves in Sultanpur are, according to claims, the oldest rock-cut caves that the country has to offer. These caves date all the way back to the Mauryan Empire and are super majestic to look at. This is precisely what makes them a must-visit when in Bihar. The caves are located on twin hills – Nagarjuni and Barabar. Both these caves are said to be utilized by the Ajivika sect. That said, they are countless traces of Jain and Buddhist art in the caves too. Barabar caves are four in total, whereas there are three caves in the Nagarjuna caves. Moreover, all the caves have articulate designs and are extremely well polished. They also have inscriptions over their ceilings and walls. Another incredible gem in Bihar is the Thai Monastery situated in Bodhgaya. It is considered to be an undeniable treasure chest of the state of Bihar. It was established in the year 1957 with the assistance of Indian Buddhist monks and the government of Thailand. This makes it a must-see place in the holy city of Bodhgaya. It has been constructed in the typical Thai architectural style and it reflects the traditions and culture of Thailand. 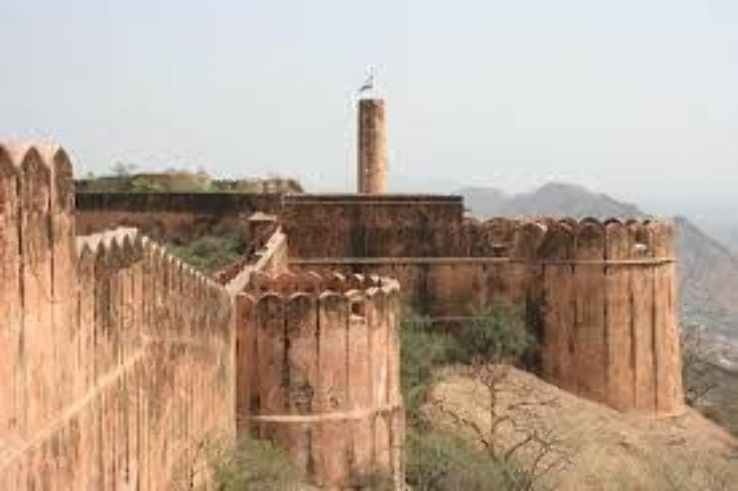 Buxar Fort was constructed by King Rudra Deo in 1054 AD. This place is reminiscent of Bihar’s glorious past. The Buxar Fort is also known for the carvings on its walls as well as its undeniable architectural brilliance. As a tourist, you will have the chance to see a treasure trove of countless artifacts at this place. History buffs and architecture students especially have a good time at this place. 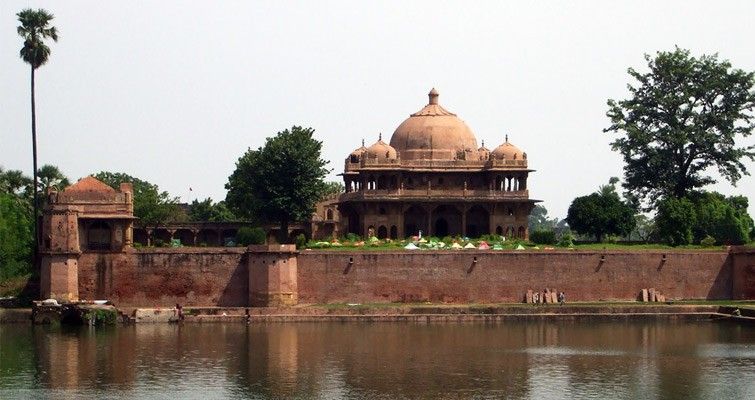 Choti Dargah in Patna is a place that you must definitely take some time out for if you are ever in the dynamic state of Patna. You can visit this place to seek the blessings of Makhdum Shah Daulat. This mausoleum of the revered and venerated Sufi saint is considered to be one of the holiest places in Bihar for the devotees of Islam. The mausoleum has a rich architecture and is covered with intricate wall carvings. Moreover, the ceilings are adorned with inscriptions from the Holy Quran. This is definitely a place to cherish and a must-visit when in Patna. Last but definitely not least is the Sonepur Fair in Bihar. It has become a rather famous place for all kinds of wandering souls who are always looking for new places and things to explore on their travels. This fair is essentially a festival that is held every year in November. The highlight of this event is definitely animal trade. The fair is also called the Harihar Kshetra Mela and can easily be regarded as the largest and most significant cattle fair across the globe.

As you can see, Bihar is a melting pot of different cultures, traditions, gastronomies and languages. The state has a lot to offer to domestic as well as international tourists. Therefore, the next time you think about taking a vacation, you must definitely consider Bihar as the top contender that can show you a grand time for as long as you plan to travel.

Best places to visit in Punjab & Things to do in Punjab